Home » My name is Jack, I’m an alcoholic 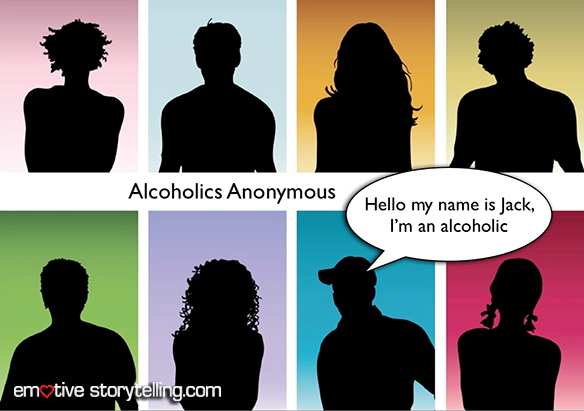 Alcoholics Anonymous is based not on theory but on experiences which are shared through stories.

In 1976, a handsome young physician in his early thirties stood up in a crowded room and said, “hello, my name is Jack, and I’m an alcoholic.” From the group a chorus was heard, “Welcome Jack.”

What proceeded from there was his revealing yet familiar story of humility, gratitude, tolerance and forgiveness. With a voice both humble and strong, and a moistened glint of optimism in his sky blue eyes, he shared his experience, his fall from grace, his renewed strength and his lessons of hope. His story reminded all of the importance of sobriety, staying away from one drink, one day at time.

One of the most significant occurrences that had societal impact in the twentieth century has been a voluntary, worldwide fellowship of men and women from all walks of life – who meet together, to attain and maintain sobriety.

This amazing fellowship is called Alcoholics Anonymous. “A.A.” as it is commonly referred, has helped millions of alcoholics to get and stay sober.

From ‘hello, my name is…” you may have recognized that the crowded room was an A.A meeting. A.A. taps into an ancient source of spirituality, uses the power of storytelling to share experiences, and relies on the twelve-step program to accomplish healings that individuals were unable to find in either psychology or religion.  And it can’t be more obvious than what is found in the presence of this incredible transformation of people gathered in the midst of a crowded room.

What you didn’t know is that the physician that stood up was my brother, John Gibbons, M.D., known by all as ‘Dr. Jack.’ 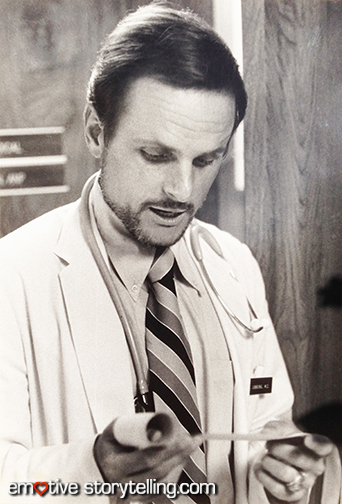 Jack was my hero. When I grew up, he was more than a generation ahead, tens years my senior and my second oldest brother. He was a god by every measure. He did everything right, had more talents than anyone I knew combined, was smart as they get, looked like Dr. Kildare, and could leap tall buildings in a single bound. Talk about a tough act to follow! It was over before I even started. But damn, did he inspire me! He graduated from medical school and ended up on Mt. Olympus somewhere.

Well as life happens, something happened to Jack a few years down the road. And like Icarus had fallen to the perils of human limitation and powerlessness, Jack fell to earth and crashed hard. In aviation terms he ‘augured in.’ It wasn’t pretty. He had succumbed to the high stresses of life and the unrealistic expectations he had set for himself. To everyone’s surprise he figuratively broke apart on re-entry, endured an extended period of misfortune and difficulties, and lost the battle with addiction.

It nearly cost him his medical license. He was hanging by one unraveling thread. Make no mistake, he was mess. By time I became aware of his issue, I had been away and was a junior in college. Upon seeing him after hitting rock bottom, my heart broke. I barely recognized him. Yet much like the fallen super hero Iron Man with the faint pulsing glow of his arc reactor just barely readable, he was every bit the hero to me still. Nothing could change that. Now I thought, at least he was reachable.

Thank God Jack made the step into A.A. He kept going forward and never looked back. The family was united behind him. For the next two years, I spent every moment I could with him, traveling back and forth from school to home as he got back on his feet. After my graduation from film school at Loyola Marymount in Los Angeles I moved in with him and stayed for a few years, went back into school to do ‘pre-med’ at his suggestion, until I went off to optometry school to become an eye doctor.

Now for the rest of the story…

Alcoholics Anonymous is a fellowship of men and women who share their experience, strength and hope with each other that they may solve their common problem and help others to recover from alcoholism.

This, like all A.A. meetings, books and pamphlets, is based not on theory but on experience. And these experiences are shared through stories.

Here’s why.  In the midst of sorrow, hardship, failings, victories and joy, stories are shared in A.A. meetings to commonly bond people. But especially in times of trouble, when “a miracle” or insight is needed and the limits of human ability are reached. Storytelling provides people a way of exploring the fundamental mysteries: Who am I?  Why am I?  How am I to live?

When a story is shared by a leader or speakers who stand up in a “meeting”, it is to relate to their alcoholism and their recovery in A.A. This process is a reminder that we are not alone in the suffering, having the same feelings of guilt, loneliness and hopelessness. It is also a reminder there is no disgrace in facing up to the fact that you have a problem. If their story speaks to the limits of their endeavor or ours, this story suggests the hope and, ultimately, the promise of a shared journey of healing.

If you don’t think that stories can change people, then you are not paying attention.

Jack proved that to me. Not only in how he came to be transformed and healed, but how his shared experience transformed hundreds of others. That same power replicated in A.A. meetings every day has healed millions around the world for 80 years.

Jack taught me the power of story. You see, it was the power of story that moved him and kept him on the road to recovery.  Stories are what reminded him that he wasn’t alone, that he couldn’t do it alone and that staying connected was strength.  It was his story that taught me it was okay to be imperfect, and that the freedom to fail was an essential part of life. And above all, his story taught me the meaning of resilience.

He never let his own lesson fade. To remind himself of his daily walk, he had Scotch-taped a little saying to the dashboard of his silver Camaro Berlinetta.  It was mounted directly behind the steering wheel so he couldn’t miss it.  It read simply, “breathe.”

Seven years passed as he rose from the ashes sober, thriving and successful. He became a well-loved family practitioner at Mira Loma Hospital. He got married. He became of member of the Astronomy Club, the Alpha Sigma Nu Honor Society and the American Academy of Family Physicians. He also served as team physician for the Antelope Valley High School football team and the Karate Association. He was a gifted artist, athlete, guitarist and astro-photographer. And he never missed an opportunity to help out at A.A. functions and BBQs. He never forgot to give back.

At 7:52 am, June 10, 1983, Dr. Jack was driving to work at Mira Loma Hospital in Lancaster, CA.  An oncoming car suddenly swerved into his lane to avoid an obstacle. The head-on crash took his life instantly. There was no alcohol or excessive speed involved. Poof! He was gone that fast. Yet his legacy was lasting. The new wing of High Desert Hospital was named after him.

To this day, I still have to remember to breathe.

I thank Jack for the love and inspirations he shared. He truly was awesome. Even more so because of his phoenix story. I will always miss him. But I don’t have the writing chops to adequately say how much. Just know that he is forever my hero.

It is my hope that sharing this story helps you in someway. As for A.A., I will always be grateful for bringing him back to Mt. Olympus.

Education and Training—Solutions That Often Don’t Fit the Problem
The Art and Science of Patient Storytelling: Harnessing Narrative Communication for Behavioral Intervention