Making things simple turns out to be a difficult task for many in cognitive heavy worlds of healthcare, science, government and business.  The art of simplification is an art. No surprise to storytellers, communicators and marketers. Yet, it is a perplexing, and almost an impossible task to accomplish for many responsible for reaching users, patients and employees… or for that matter, most anybody today.

The Modern Day King Cognos, software billionaire Bill Gates, addressed complexity during a Harvard Commencement address. He essentially called out the need for an “easy button” when it comes to getting people to act. This big issue for him?  Complexity was keeping people from taking action.  He referred to it as the great disabler, saying “it freezes people.”  This realization has a left a large impression on him as he sees it impacting his own 21st-century crusade: using philanthropy as a catalyst for reducing global inequities in health, wealth and education. 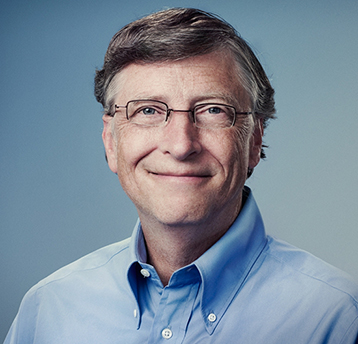 The word complexity struck him, Mr. Gates said, because he had been talking with his friend the billionaire investor Warren Buffett about how the complexity of certain things in society — the tax system and the federal budget, for instance — hinders people from fully grasping them, and ultimately impedes change. In spreading the word about inequalities and what to do about them, Mr. Gates found that time and again among friends and in groups he found people who wanted to get more involved helping but didn’t understand how to do something about a complicated disease or poverty in distant lands.

Mr. Gates found that time and again among friends and in groups he found people who wanted to get more involved helping but didn’t understand how to do something. Complexity makes it “exceedingly difficult for the man in the street to reach a clear appraisement of the situation.”‘

Gates recommended a four-point plan for attacking a complex problem: determine a goal, find the “highest-leverage approach,” discover the ideal technology for that approach, “and in the meantime, make the smartest application of the technology that you already have.”

We simplify complexity through Emotive Storytelling which has been proven to be this “highest-leverage approach.”  We accomplish this using the ideal technology; the viral power of the internet and delivered through mobile devices. The use of story and mobile digital media combined is the easy button that Gates refers to.  This is the intuitive and effective way into the mind. Intuitive is the highest elegance of simplicity. Intuitive means no explaining required.

If Big Data Can’t Make Them Think, What Will?
Emotive Storytelling: The Art of Simplification